Welcome to Respawning’s Film & TV Club! The purpose of this is to get a bunch of us together every Wednesday and allow us the chance to chat shit about whatever takes our fancy in the world of Films & TV!

In honour of Pacific Rim Rising releasing this week we’re giving our thoughts on giant monsters, Gaijus and giant mechs!

Ah, Kaiju. The big stomp-n-kill’s made popular in the public conciousness through classic films like Godzilla and King Kong. There’s something about 100 foot tall monsters, roaming about and causing havoc, that just appeals to us. Sometimes we want to be observers, watching the chaos unfold and rooting for Team Humanity – as in Cloverfield, Pacific Rim or Colossal (check that out if you haven’t, by the way). Sometimes, though, we want to take a direct role and actually be the monster. And thankfully there’s a lot of good games out there that’ll let us: The Rampage franchise, all those Godzilla games on PlayStation 2, King of the Monsters on SNES, and Kaiju-A-GoGo on Steam… All of them allow us to smash, destroy, and fight our way through cities and other monsters alike.

If you’re after a particular suggestion, though, I’d recommend grabbing a copy of Rampage: World Tour (it’s also an extra on the easier to find but inferior series entry, Rampage: Total Destruction) and Kaiju-A-GoGo. Slave Zero and Zone of Enders are also worth keeping an eye out for, if you prefer your giants to be robots.

I used to be a HUGE fan (lol) of big monsters, mechs and the like but nowadays that’s dissapated hugely. For me the pinnacle was probably Gundam wing god i absolutely loved that anime, watched it religiously on Toonami. Another absolutely freaking amazing show was Megas XLR, if you didn’t watch this as a kid you 100% missed out.

In more recent years I’ve not watched the big movies, or shows relating to these big boys. I liked Pacific Rim but have no hype for the sequel. I did watch some of Godzilla but really didn’t enjoy it, maybe this is why my love is fading, and i haven’t even seen King Kong! I think the day for these kinds of movies may have passed as the effects used to be impressive but now they’re a bit lame, hopefully pacific rim 2 will prove me wrong. OH and the Transformers movies need to STOP! 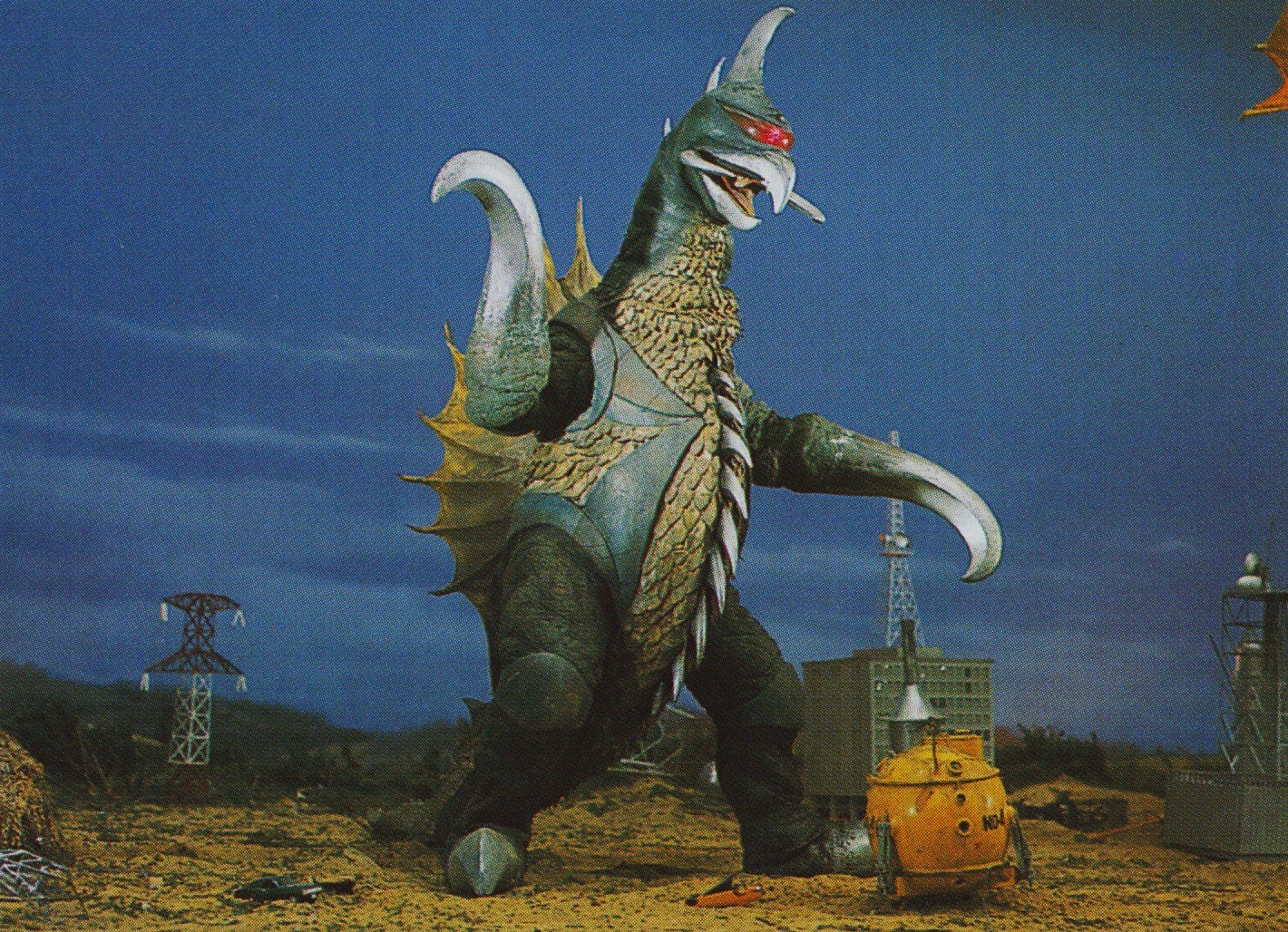 I love big ol’ monsters. I adore Godzilla so much because I was absolutely obsessed with dinosaurs so he just a bog dino that shot lasers to me. Back when I was in middle school I remember I used to go on Cinemassacre and watch all the Monster Madness videos regarding Kaiju movies. Learning about them in all there appearances and design changes was so interesting to me.

I think my favorite Kaiju has got to be Gigan. Because just look at him, absolute unit he is. He’s got blade hands. BLADE HANDS!

I don’t really like the mecha genre in anime all too much but like any pretentious weeaboo asshole two of my favorite animes of all time are Tengen Toppa Gurren Lagann and Neon Genesis Evangelion.  Both shows have amazing mecha designs that I want all the figures of.

The Kaiju genre, which first emerged in 1954, is easy to mistake as ‘just another action movie genre’ for most, but to those familiar with the history of the genre, doing so (as Hollywood has done in recent years) misses out on the heart of the concept.

See, when Toho first released Gojira, the nuclear attacks on Hiroshima and Nagasaki were still fresh in the minds of the survivors of the war. The whole world loomed under the shadow of a nuclear holocaust, and none knew the terror better than the Japanese. In comes Toho, in need of something to replace a failed Indonesian deal.

Like all great artists before them, they turned to the troubles of the day, conceiving a monster which encapsulated the underlying terror of the age. Gojira was an implacable monster with radiation-breath and a remorseless desire to level the world which had given birth to it. Gojira wasn’t about a big monster coming to destroy a city. The creature was a stand-in for the very notion of ever-escalating nuclear tensions and the belief that, now that the atomic age had begun, it could only end in one way. When America got ahold of the film and re-edited it, many of these themes were lost, and in the half-century since, Gojira has been on both sides of the bad-guy/good-guy dichotomy.

Recent years have seen the likes of 1998’s Godzilla abandon these themes and 2013’s Pacific Rim employ Kaiju as spectacle-fodder rather than the Cthulloid horror Toho originally envisioned, but perhaps Pacific Rim Uprising will course-correct and give us a Kaiju film that is both visually awe-inspiring and​ capable of offering us a moment to reflect on what mankind has wrought in the years since Gojira.