Spider-Man Miles Morales: A Flop or Better That The Original?

The original Spider-Man game on PS4 saw critics and players around the world rejoice at its beauty. For years, we’ve been waiting for another superhero game to rival the Arkham series. There have been some Lego Marvel and DC games over the years, but does anyone really see them as proper games? Spider-Man was the first time we’ve seen a Marvel game with a semi-open world format. It was quite similar to Arkham Knight in that you could go wherever you wanted, only within the confines of a city. What Spider-Man did very well was replicate the streets and skyscrapers of New York, providing excellent game physics to really make you feel like the webbed Avenger. The storyline and acting were also brilliant, making it a phenomenal hit.

So, when news released that a sequel was in the works, we instantly got excited. The DLC for Spider-Man was a bit meh, offering a few sub-plots, but not much extra in terms of playing time. Everyone was eager for the new release, and we became even more excited after learning that Miles Morales would be the star. The black-suited Spider-Man is an iconic hero from the comics, and he’d recently made his big-screen debut in the critically acclaimed Into The Spider-Verse movie. As such, the hype was at an all-time high, and the trailers and gameplay demos got us itching to get our hands on either the PS4 or PS5 versions of the game.

Spider-Man Miles Morales has been out for a few months now, so it’s time to reflect on its release. The big question is: did it flop, or has it exceeded expectations and been better than the first game? Before you see our final verdict, let’s go through a few of the main talking points surrounding this game.

A few weeks and months after its release, the game was in the headlines due to its relatively poor sales figures. Recently, Sony announced it sold 4.1 million copies in 2020 – which is a lot, but the original game sold 3.3 million in its first 3 days. While the original Spider-Man PS4 game has been out for a few years, its total sales exceed 20 million. This led many people to call the game a flop, but it’s a bit of an exaggeration.

For one, don’t forget that we’re in the middle of a pandemic, where the money is precious to a lot of people. So, families and gamers might not have wanted to splash the cash as they used to. Also, factor in that the PS5 released alongside the game, and has been notoriously hard to come by. It’s definitely possible that many Spider-Man fans want to play the game on the PS5, in which case they’re still waiting to grab the console before buying the game. In any case, sales figures only tell a small part of a story, so it’s not a fair barometer of saying if the game flopped or not.

Obviously, Miles Morales was a huge factor in this game. His character was introduced in the previous one, and we even saw him get his powers. Now, you can play as him while Peter Parker goes to Europe with MJ. It creates an interesting dynamic as you play as a young man who isn’t sure if he can take up the Spider-Man mantle or not. I won’t ruin the storyline, but it’s very solid and unique to Miles. However, the best thing about the new Spider-Man is that you have access to all of Miles Morales’ new powers!

Those of you that have read the comics or watched Into The Spider-Verse will know that Miles is no ordinary Spider-Man. He has a range of other powers – like invisibility and venom shock – which add a new dimension to the gameplay. Taking enemies down is arguably more enjoyable than before, thanks to all the cool abilities you can access. It also adds another layer to the puzzles in-game, which is a nice touch. Overall, from an action and playability perspective, Spider-Man Miles Morales may actually be better than its predecessor.

Oh, and who can forget the new animations and music. When you swing in the sky with Miles, he looks less confident and refined than Peter Parker. It looks like a young kid who’s learning on the job, which is an awesome touch. The background music is also blended with a hip-hop undertone, perfectly reflecting Mile’s heritage. Again, it can make the experience of playing as Miles Morales slightly more exciting than playing as Peter in the original. 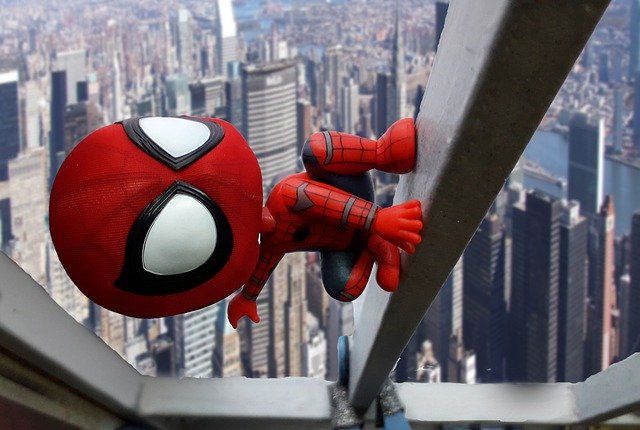 Spider-Man PS4 took an average of 16h 57m to complete, according to HowLongToBeat. This was only the main story, with the main & extras extending it to just over 24 hours. You could add another 7 hours to that if you wanted to 100% complete the game. Overall, not the longest game in the world, but certainly ample time for you to work your way through the game over a few days or weeks.

Unfortunately, Spider-Man Miles Morales only takes around 7 hours for the average player to complete the main story, with a 100% completion possible in 17 hours. The worst thing about this is that the storyline and gameplay are ridiculously addictive. If you down a couple of gaming energy drinks, you can blitz through the main story and do multiple side quests within a day of playing. For a game that’s pitched as a standalone product and sold for the standard retail price, this isn’t too great. If they can provide DLC that doubles the story length, then all will be forgiven. For now, it just seems like the game lacks something – it’s too short. If anything, it feels like a really well-developed piece of DLC.

One of the best things about playing any superhero game is unlocking all the different suits. In the first Spider-Man game, you had a decent selection of really interesting and cool suits from the comics and movies. More were added with DLCs and updates, giving you a broad range of options. With Miles Morales, you have a limited number of choices. Also, quite a few of the suits either look similar or just don’t look like superhero suits at all. I’m talking about ones where he wears normal clothes with a mask, etc. The classic black suit is there, as is one from the Into The Spider-Verse movie, which is awesome as it alters the way you move and fight to mimic the animations in the film.

Nevertheless, you feel as though they could’ve included some better suits, but perhaps we’ll see more in the future. It is hard to judge things like this right now when we don’t know if they will rectify it with updates or downloadable content.

Conclusion: A flop or a success?

All things considered, Spider-Man Miles Morales is a really enjoyable game that definitely didn’t flop. It lived up to its predecessor in terms of gameplay, characters, and storyline – but it probably wasn’t ‘better’ than it. For a lot of people, this game could’ve been better than the original if it was longer and had more depth to it. As it is, the story is so good that you’re eager to keep playing, and you’ve finished it before you know it! For Marvel fans, it will give you a dose of spidey until his next movie comes out, and hopefully, they release lots of DLC that keeps us playing the game for longer. It definitely gets two thumbs up, just be aware that you’re not buying a very long game.