Man I wish I was this cool.

So I finally got to play my most anticipated game of 2017 and it sure did leave a good impression on me. Up till now I’ve only played about 5 hours of Persona 5 and I’m in my first dungeon and I’ve got to say this game sure does know how to make an entrance.

The second you start up the game you are treated to a stylish as hell intro with the games main theme. The visuals and music sure did get me groovin’ and it only got better from there.

After that absolute treat of an intro I get to see probably one of the best main menus I’ve seen in a long time. Its just so darn STYLISH! And then you get to play a darn good intro which introduces very briefly the mechanics of how the dungeons will work and the turn-based combat if you could even call it that since it flows so smoothly and when you know what your doing can be so fast paced it feels almost like an action game. You later get a much more in-depth tutorial on how the mechanics work.

One thing I didn’t think I would praise so much in a game are the menus, something as simple as the pause menu ends up looking like something I would hang up on a wall and transitional animations to and fro the menus make it so much cooler. The character designs are striking and just so stylish and and cool and they’re making me want that art book even more now. Also I’m pretty sure that this game is gonna start the Waifu War equivalent of World War 2.

The story is definitely leading up to be something really interesting, a ton of mysteries and questions have been brought up that I’m dying to know more about, Persona is known to tackle a lot of dark themes and this is obviously the case here as well if you couldn’t have guessed. A lot of great emotional moments are also brought up and are pretty solid in my opinion.

My main gripe with Persona 4 was that I didn’t find that all the characters which you could have Social Links with very interesting and just leveling up those Social Links felt like a chore since I didn’t like em very much. But in P5 every character I’ve met so far has been so interested and now I’m kind of overwhelmed by it, I just wanna max out these Social Links so bad and I wanna do all of em.

Well that’s pretty much all I had to say about Persona 5 it is certainly going above and beyond my prior expectations. Currently Persona 5 and NieR Automata are set up to be my GOTY and I’m leaning more on Persona the more I play it. I’m gonna go back to playing. Until next time.

P.S Tae is best girl and I will fight you if you disagree. 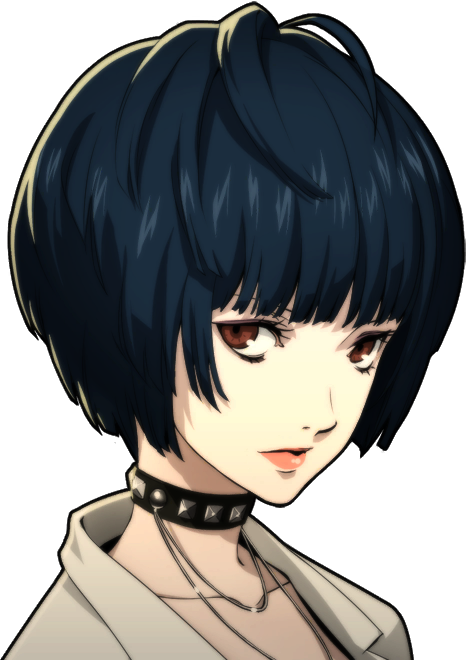