Welcome to Respawning’s Games Club! The purpose of this is to get a bunch of us together every Monday to allow us the chance to chat shit about whatever takes our fancy in the world of video games and discuss what we’re currently playing!

Due to the desolating news that the next Dynasty warriors game will be the first without couch COOP we talk about how local gameplay has changed. You can also read how Josef and Salman personally felt here.

I’m a 90s gamer which means I grew up in the glory age of couch COOP games. Starting with games such as double dragon and Rampage and moving on to games like worms and CTR. Since the PS3 generation online gaming has become a massive deal, and understandably so. I’ve never really taken to games like COD but i thoroughly enjoy playing decent coop games online with friends, especially useful for people who have moved away, but why does this mean developers have to get rid of local coop?! Sometimes there’s nothing better than having a friend over for a weekend of couch coop and nowadays it’s mostly only available on indie games. I really hate how much online content, DLC etc. have changed the gaming world. Especially having grown up at a time when a game would be fully complete on release day, and the coop would be in-built.

I truly miss the days when me and a friend would purposefully go to a game shop to pick out a bunch of local coop games for the month, it seems like those days are long gone. For me it get rids of a certain level of interaction between kids, me no like 🙁 .

You can read my thoughts on the subject above I suppose but man, I really love party games. Like I really, really love party games. Just get me a bunch of friends and some Mario Party and you can probably make me the happiest guy on earth. I have fond memories of playing Spelunky with some retarded rule set that we came up with or Nidhogg which was the most hype thing on the face of the planet. Or even this one free game that was on PS+ called Pix the Cat. That game turned out to be bloody amazing and me and my friends at least spent over 10 hours playing that game alone. Now local multiplayer has just been stripped down to me playing Tekken with my brother and few friends here and there. Man I miss party games.

I’ve been very vocal about the change of local coop throughout the years. I touched in my duo article with Salman about halo and the current market doubling down on online multiplayer more than ever. Mentioning how Halo 5 being shipped with no local multiplayer what so ever feels like an insult to fans of the series. However despite the negativity in the modern market, I’ve still had a lot of fun through my switch and certain PC titles. One of those being Keep Talking and Nobody Explodes which was an absolute blast to play with my girlfriend, it felt stressful but hilarious. As well as that I’m always pumping the amount of times I can promote the switch in these posts. Just the fact I went to visit a friend on the weekend and we could whip out my switch and play Rocket League was amazing.

I fucking love me a couch coop game, in fact I love couch coop so much I am in the process of creating a separate channel dedicated solely to coop games and making single player games such as Dark Souls a fun and unique Couch Coop experience.

Before all this – I would regularly do research into Couch Coop titles for when a few of my friends would come over at the weekend, or simply to play with my other half and no matter how many couch coop games I played on the PS4 none of these would ever amount to the absolute insane fun we had with Alienation. 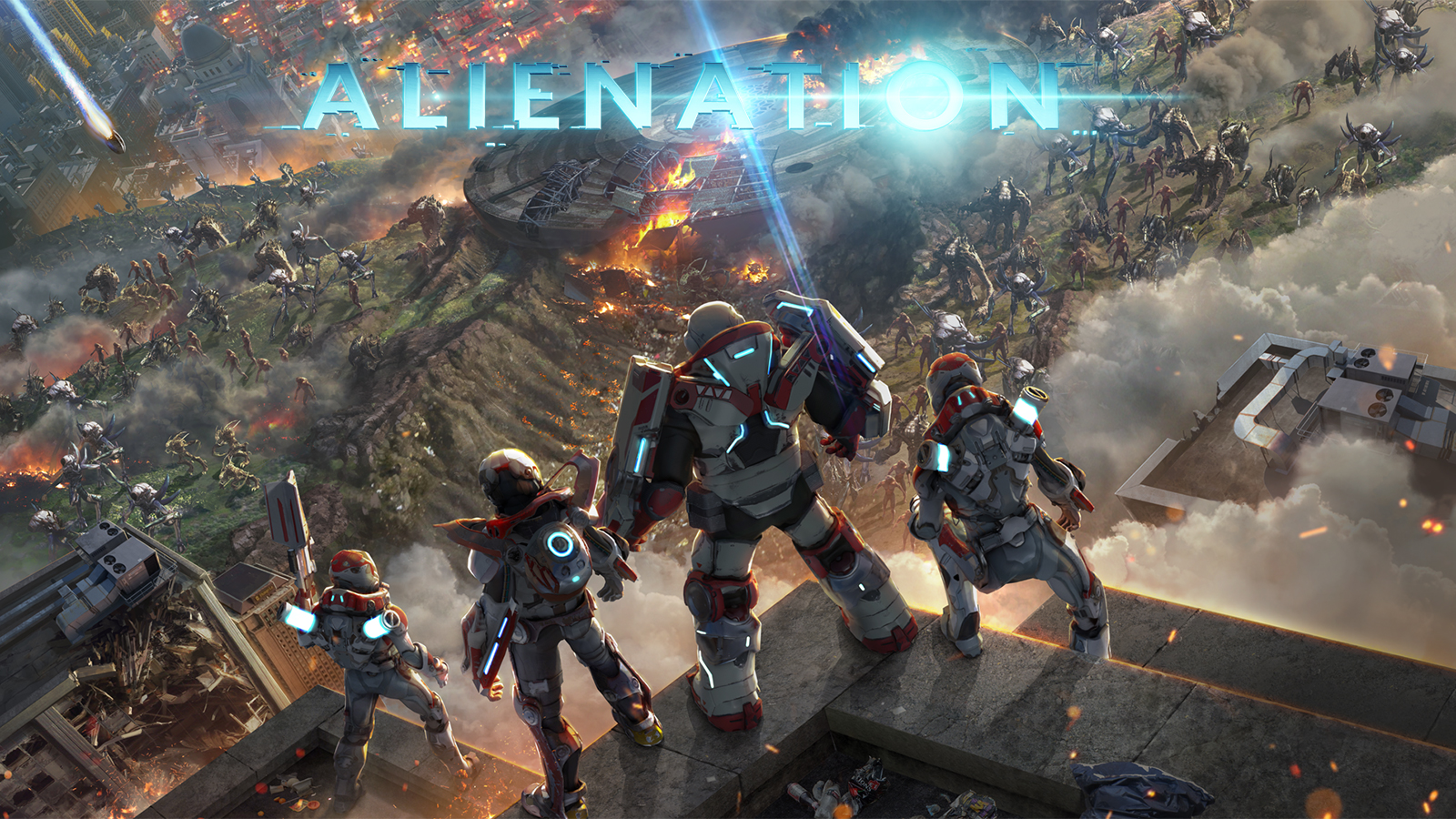 The absolute carnage and challenge featured in this game allowed to it break all walls as I was able to tone the difficulty down and do some mindless grinding without my wife throwing a controller at a wall or we could ramp up the difficulty and go after the increasingly challenging bonus objectives featured in each level.