Asobo Studio’s debut new IP, A Plague Tale: Innocence, launches tomorrow for PlayStation 4, Xbox One and PC on May 14.

Watch the Launch Trailer now and embark on a dark adventure through a war-torn, medieval France, relentlessly pursued by the Inquisition and never-ending hordes of ravenous rats.

A Plague Tale: Innocence tells a grim and emotional story, with gameplay blending action and adventure. Follow Amicia and her little brother Hugo, as they attempt to survive a harsh, brutal world plagued by war and the Black Death. On the run from the Inquisition and surrounded by unnatural swarms of rats, the siblings’ rocky journey will not leave them unscathed.

In addition, an official livestream will take place at 5PM BST on the Official Focus Home Interactive Twitch Channel. 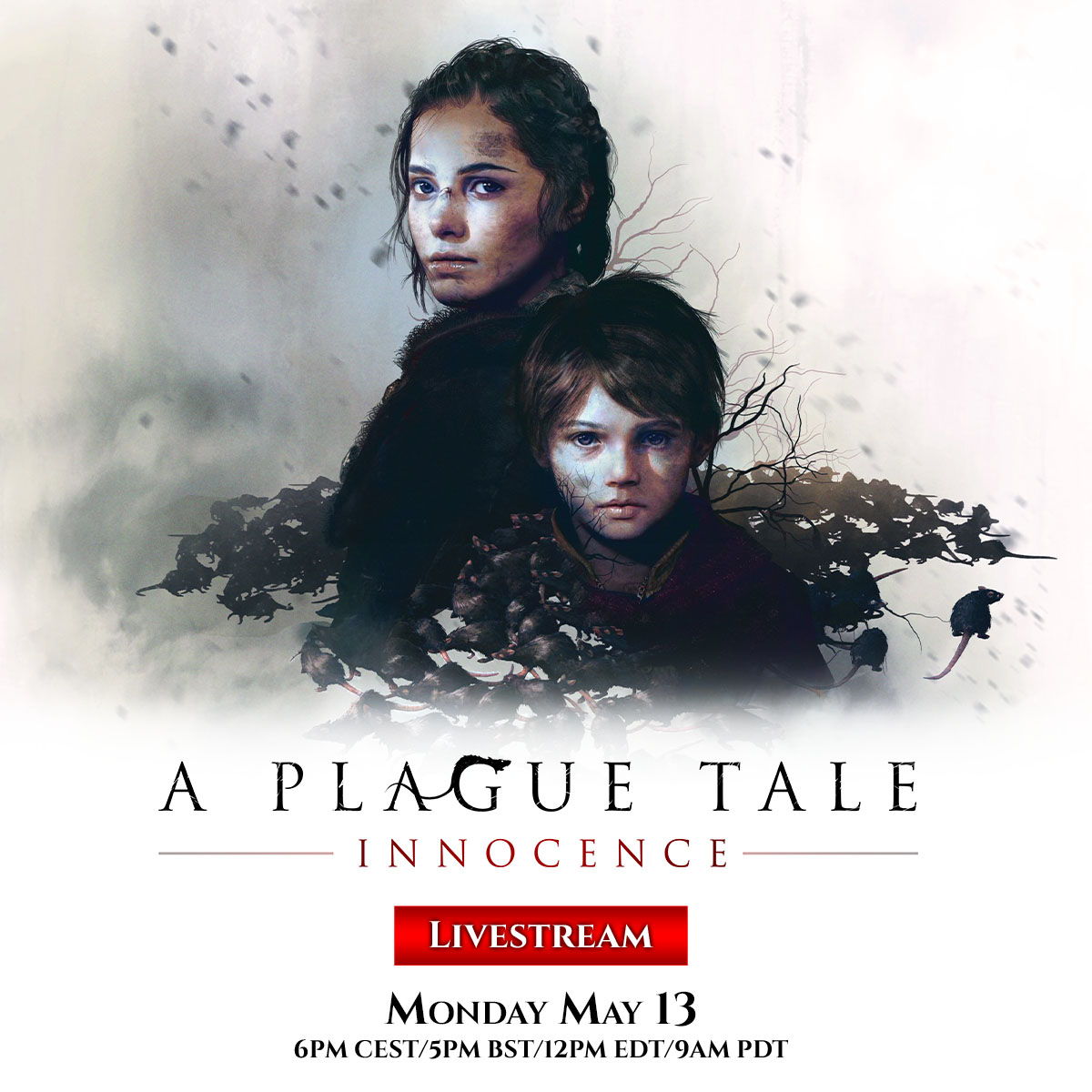 Keep an eye right here at Respawning for our upcoming review for A Plague Tale: Innocence.