Who will lead the Avengers? Here’s my predictions for Avengers 4 and beyond.

Avengers IV is slowly creeping onto the horizon, and I for one am hyped up to all hell.

But it’s set to be a bittersweet event- as both Robert Downey Jr. and Chris Evans, the King and Queen of the MCU, appear to be leaving the franchise afterwards. And with them go the characters of Tony Stark and Steve Rogers, the disputable leaders of the Avengers.

The fate of ‘Guardians of the Galaxy Vol. 3’ seems uncertain after Disney’s firing of James Gunn and Dave Bautista’s perfectly justified outrage, and the introduction of many high-shelf heroes throughout Phase III is setting up a new era for the MCU. It’s all coming to a head in Avengers IV.

So here we go, some predictions for each of the Avengers and where they’ll be Post-Avengers IV.

What will happen to Tony Stark & Steve Rogers?

Tony Stark, iconically played by Robert Downey Jr, is the face of the MCU, and has been for over a decade. I was 10 years old when I first saw him burst into my life in ‘Iron Man’, and he’s remained my favourite superhero since, tied very closely with Batman and DareDevil. Steve Rogers joined not too long later in 2011, and became the idealistic foil to Tony’s realism, coming to a head in the Civil War. Cap and Tony have been the leader of the Avengers since before the Avengers existed, and they are the MCU

But it’s time for Tony and Steve to pay the piper, methinks. This film is their last Hurrah. But that doesn’t mean they’re going to end up six feet under, never mentioned again.

The character of Iron Man has changed over the last ten years, more than maybe any other MCU character. Learning to make effort towards good in ‘Iron Man’, that he can accept help in Iron Man II, and finally leaving behind his selfish persona to make the ultimate sacrifice in ‘The Avengers’, even going to far as to realise there’s more to him than his suit in ‘Iron Man III’. Tony has remained a stoic and stubbornly heroic character ever since, being the inciting incident in ‘Age of Ultron’ when he tries to make something that will protect the earth, and then going so far as to turn on his own friends for the good of humanity in ‘Civil War’.

Tony has become slightly lost as a leading-support character. Acting as an inciting incident, a mentor, even a sympathetic antagonist, Tony has long been defined by his relationships to his lessers and equals.

It’s time for Tony Stark to go out with a bang, on his own terms. After the world seems to pull him away from the life he wants, dragging him to far-off alien worlds when he wants to start a family, and failing to stop Thanos and losing his apprentice as a result. Tony has to retake control of his place in the world. We have to return to Tony’s heroic birth. A man in the middle of a desert forges his own destiny with a Hammer and an Anvil. This is how he’ll return to earth from Titan, and this is why he’ll forge his own Infinity Gauntlet.

And that will be his role- Tony Stark will forge the weapon that defeats Thanos, and Iron Man would fight to the death in the fight to see it used.

Steve Rogers, meanwhile, is the Leader of the Avengers, through and through- at least, Captain America was. Without that symbol, the Avengers fail, and so Steve must pick up his shield once again.

So, how do Iron Man and Captain America leave the MCU?

As symbols of who they were.

Captain America was always a man who believed in ideas greater than himself- WWII, the American Way, the Avengers, Freedom and Liberty. And he was always willing to sacrifice himself to see what he believed in surviving.

And that’s what he will do. He will ensure that no matters what happens, the ideals he strives to will survive. He will pass on the shield because as long as humanity fights, it will survive. His best friend, Bucky Barnes, will become the new Captain America.

But he’s earned his retirement, having sacrificed his life once already before being resurrected, risking life and limb at every turn for the sake of the people- and ultimately, he has sacrificed the happy life he could have had. In short, Steve Rogers will finally go dancing with Peggy Carter. Sent back through time to his home, to the era of peace he ushered in to finally be loved. 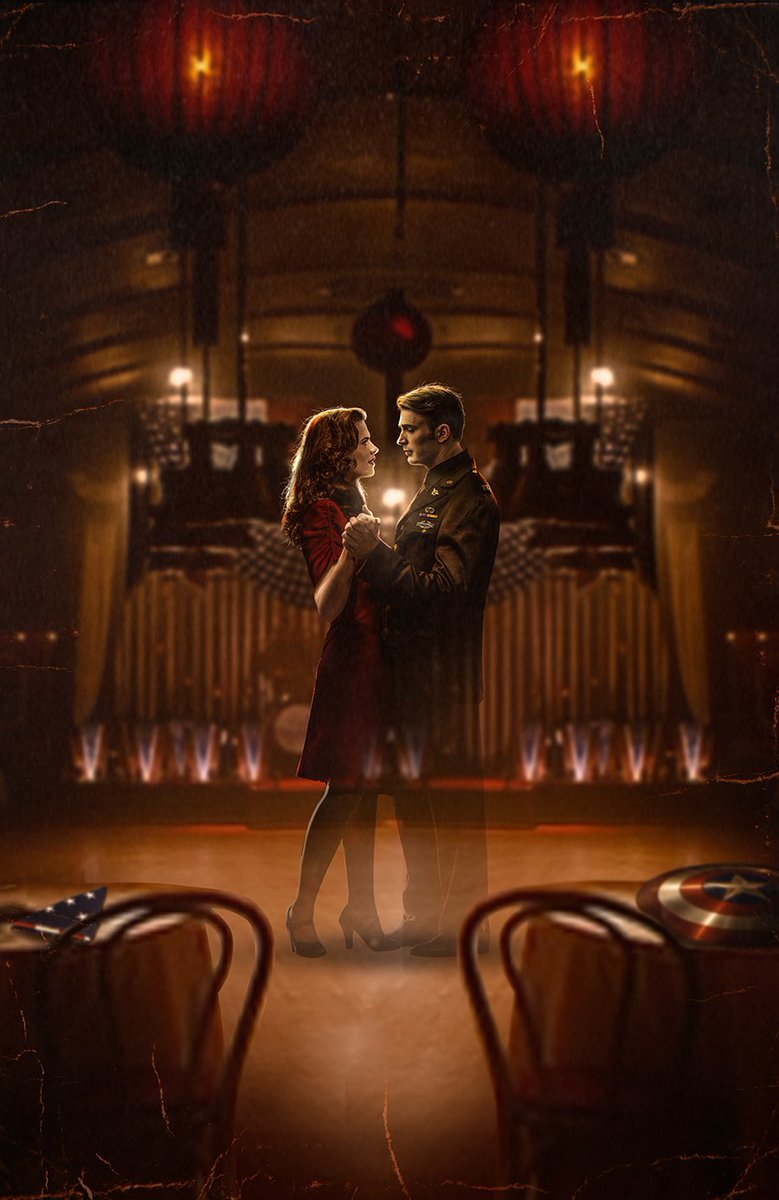 And what of Tony Stark? Well, I believe he is much the same. His time is up- and he has to do just as his comrade did. He must provide something which will survive him. In other words, he must die so that his successor can live. He has to sacrifice himself to let Peter Parker, his apprentice and his surrogate son, live. But he must do so in a way only Tony Stark could do.

Remember back in Iron Man II, when Tony watched a video of his father and learned from his words, which he’d recorded decades previously? This is what Tony would do, but with a modern twist. Tony is going to save his mind as an AI. Just like JARVIS or FRIDAY, except perhaps with a hologram to represent him. Robert Downey Jr. has expressed interest in continuing with the character, and I believe this is the best way to do so. In times of need, Peter, Bucky, or even Thor could visit him in his laboratory and convene with him. And if need be, the Stark AI could auto-pilot an Iron Man suit and rejoin the fight.

To put it in a less flowery way, it’s obviously time for the characters of Steve Rogers and Tony Stark to take a back seat to the newer heroes like Doctor Strange, Spider-man, Nu-Thor, and Captain Marvel. It would be all too easy to simply kill them off, and simply have everyone feel sad. But this is the MCU, and they deserve something more than that- I believe leaving them both in a place marvel can at least explore or mention further down the line (IE, having Bucky look at how Steve spent his life in ‘Captain America IV’, or having Tony mentor a growing Peter Parker in ‘Spiderman: Far from home’) is a fantastic way to

Thor is, perhaps, the new emotional core of the MCU. After the rampant fan-favourite that was ‘Ragnarok’, Thor has never been more popular as a character. It’s finally his time to shine.

In the comics, Asgard was rebuilt on earth, with Thor residing as king. With the MCU Asgard still destroyed, I believe this is the direction we’re headed in phase IV of the MCU.

As for Thor’s role in Avengers 4, I believe it’s time for Thor to realise he hasn’t lost everything- he still has a family on earth. He may have lost Odin, Loki, Heimdall, and the Warriors three- and even Valkyrie, Korg and Miek, god forbid. He may have lost his throne, and he makes have lost his eye, but he’s not alone yet.

Thor will fight tooth and nail to defend the Avengers. He may have lost one family, he isn’t going to lose another. I don’t expect Thor to have a huge role in the symbolic story, but rather to simply act as the Avenger’s heavy muscle, chasing down at least one of the Infinity Stones alone and failing, before teaming up with allies old and new to succeed in taking down Thanos.

My only prediction for his fate is that he will survive, as will whoever remains of Asgard. Thor will remain as the Avenger’s new commanding officer until at least the next ‘Avengers’ film.

Oh, and Kate Blanchett has expressed interest in returning to the role of Hela, and even wants her to become a ‘good guy’. Let’s get on that, and perhaps even unite the three siblings of Hela, Thor, and Loki for one last hurrah.

I think it’s time for Scott Lang to finally become an Avenger. Given that he’s actually appearing in an ‘Avengers’ film for the first time (Remember, he’s only appeared in his own films and the Civil War thus far), I’d say this is almost a done deal.

The big one. Thanos- is he going to end up 6 feet under, or is something else in store for the Mad Titan?

This is going to be a small section because Marvel knows what they’re doing- this is everything the MCU Thanos could have been.

I want Thanos to survive. I want him to continue on as a presence in the MCU, not as a recurring event villain but as someone that appears here and there, perhaps setting the bar for new villains later on. But he cannot, I repeat cannot simply be beaten in a fistfight and sent running with his tail between his legs- after Avengers 4, he isn’t running off to suck his thumb or rebuild his army, I’d instead predict he follows the path he took in the comics.

That is, he realises the error of his ways and retires to live a simple life on a farm. That way, his character arc will reach a satisfying conclusion from an ideological perspective in the same way ideology made Erik ‘Killmonger’ such an engaging villain, and Thanos can continue to appear as a supporting character throughout the later MCU. He’s likely to appear in the ‘Eternals’ project (which recently found a director in Chloe Zhou) as at least a cameo if not something more, however if this film will be a prequel detailing the downfall of Titan’s society or a sequel to Infinity War about other survivors, his exact role will surely differ.

In short, Josh Brolin has made a place for himself in the MCU, and I’d love for him to get time to enjoy it.