Film & TV Club: Which cartoons, anime, comics or manga do we want to see converted to live action?

With Alita: Battle Angel exploding into cinemas on the 14th, we take a look at franchises both animated and printed to ask ‘Which of these franchises deserve their time in the limelight’? 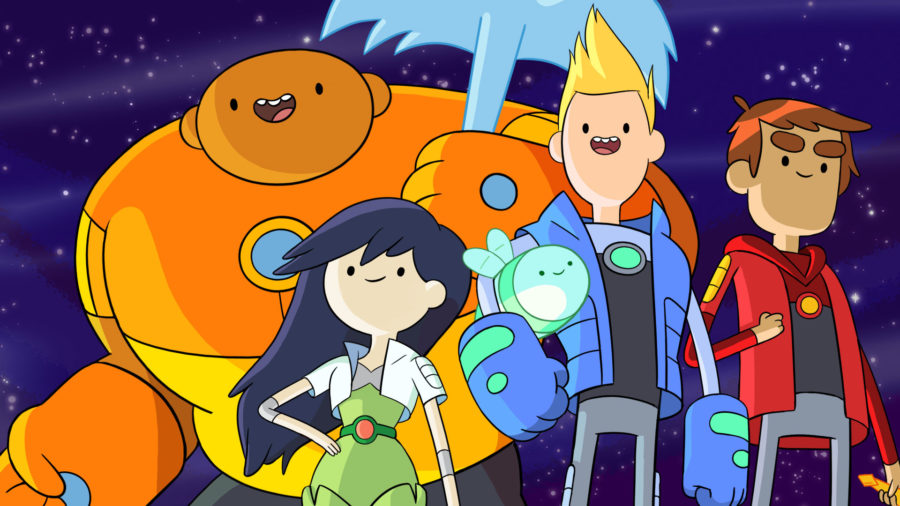 Created by Pendleton Ward (The dude behind Adventure Time), the show’s a cross between that and Teen Titans, being a sci-fi take on Pendleton’s style that’s geared more towards teenagers than children. That doesn’t mean it’s dark and gritty, it just means that the characters are allowed that much more depth and they have the chance to approach certain themes with a slightly more immature sense of humour. It’s one of my all-time favourite cartoons, and it needs more space in the public eye. If that means the giant risk of a live-action release (Which I honestly think could work pretty well), then so be it.

We live in such a fantastic age right now where the majority of things we love have been transformed (Pun intended) into a movie or tv series, not all good mind you! One series which I feel has been overlooked in converting these 80s/90s shows is biker mice from mars. I think this would be reallllllly awesome if it hand kind of a mature take on it. I’m going to add another throwback in here and go for Bucky O’Hare, in case you don’t know who this is he’s a green alien space bunny who is locked in a constant war against the toad empire, for some reason he’s been completely overlooked in all of these revamps!

Going from the comic pages i think we need a decent Moon knight series, Marvel’s answer to Batman. Moon Knight is brutal and complicated and would make an amazing netflix series.

After the cinematic equivalent of a brain hemorrhage that was Dragonball Evolution, I’m fairly cautious about any live action adaptations. Of course there have been some excellent conversions including the amazing Edge of Tomorrow with was based on the manga “All You Need Is Kill”. So there’s definitely some potential there! I’d say of there’s anything I’d really want (And yes I know it’s already coming) it would be Cowboy Bebop. With its wit and charm and realistic characters already lending themselves to an adaptation I feel like it wouldn’t take much to have another classic series from this franchise. Of course it all comes down to who gets to play our favourite boy Spike Spigel!!!

For me, I would love nothing more than to see a proper live action adaptation of Neon Genesis Evangelion… Just without CGI EVAs or Angels – Employ the same techniques used in classic Kaiju films and downsize everything, and amp up on the detail; if CGI HAS to be used, then at least get the guys who produced Shin Godzilla, Toho Co. Evangelion’s world, lore, plot and characters all fit the bill for adaptations onto the big screen, and don’t lie, you want some psychologically provoking gorey slug-fests to flash up on your local cinema screens.

Toho, or whoever has the cajones to pick up this kind of project… Godspeed… And I would love to see the larger West’s reaction to a film version of the End of Evangelion.

Well given that I don’t really have much interest in anime or manga and all my favourite comic books are already live action movies, I am left with no choice but to delve into my childhood memories of some of my favourite cartoons!

But which one would make a decent live action film? The problem is; so many have already been done and to various levels of success (Mostly failure) that there isn’t much left to choose from. I was tempted to go with Johnny Bravo as I once heard it suggested somewhere that Nicolas Cage should play him and I find the idea of that absolutely hilarious! But if I am being honest with myself, the one cartoon I would love to see be made into a proper live action movie is Biker Mice From Mars.

After a little research I actually found that this is something that has been rumoured for a while but it is unclear whether or not the project is actually going ahead. The scary thing is, the story I seem to come across the most is that Michael Bay is the director linked to the potential flick… Please god no! Do not let Vinnie, Throttle & Modo suffer the same fate as my beloved Ninja Turtles. If this film was to get made I would want it to be in the hands of somebody that really cares and wouldn’t just be out to sell toys.

The only other issue is would anyone care? Given that BMFM originally aired back in 1993, the majority of it’s fans like me would now be well into their 30’s and truth be told, probably haven’t even thought about the biker bros for many years or maybe even forgotten them completely. Though that doesn’t mean that this is a franchise that cannot be revived! In the right hands I really believe a BMFM film can be made to make us feel that sweet sweet nostalgia and maybe even introduce a whole new generation to something I once loved as a child. So come on big budget movie makers, get behind it! Let’s ROCK!…And RIIIIIDE!!