Welcome to Respawning’s Film & TV Club! The purpose of this is to get a bunch of us together every Wednesday and allow us the chance to chat shit about whatever takes our fancy in the world of Films & TV!

This year marks the 10 year anniversary of breaking bad, in honour of this we thought we’d share our thoughts on the series.

Breaking Bad is perhaps one of the best non-fantasy shows I’ve watched. I was very late to the party and only watched them all about 4 years ago but loved them so much I watched the whole thing in a matter of months.

I don’t remember everything that happened but for me the story was incredibly interesting and kept me hooked. I liked how Walter could go full crazy at any moment and the fact he used his teacher brain to get him by. I also liked how things went wrong and the relationships didn’t always hold up. I also really liked the enemies he encountered (Gus’s death is one of my favourite TV moments). I thought the drama and situations were really well written and Walter’s struggle between doing it for is family and just being a bad guy were really well conveyed on-screen.

I have also thoroughly enjoyed better call Saul so far. Must like the writing 🙂 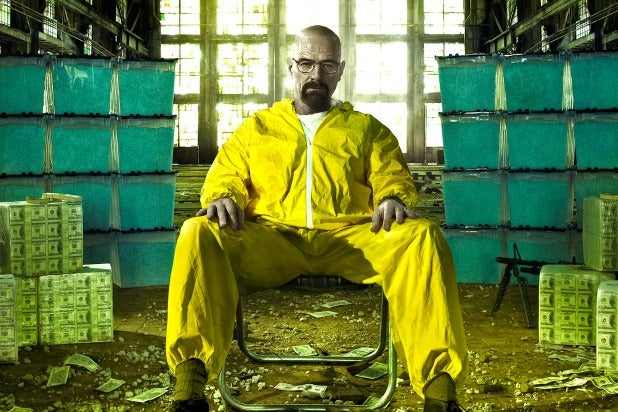 Okay so Breaking Bad is some good shit alright? I don’t know what makes it so good but it’s just amazing. I still know people who haven’t seen it yet and luckily they haven’t come across any spoilers so that’s good and they should REALLY get on that ASAP. Breaking Bad has some of the most memorable moments in TV history but by far my favorite one has to be when Walter flexes on Tuco with chemistry and says, “This is not meth” he then proceeds to make my peepee the big peepee. But yea Breaking Bad go fucking watch it. It’s amazing. Don’t listen to Luke

I have never seen breaking bad. I was going to write about expectations as to what would happen if I did watch it but instead im going to talk about why I havent watched it instead.

The first reason for not watching it was, in my household, we didn’t have a skybox (assuming that’s where it was being shown) meaning that if I wanted to watch the show I would have had to have streamed it online through a website. This unfortunately means that the quality drops to potato and sounds like shit all the time.

At the beginning of this I told a little white lie… I have tried watching breaking bad. The first episode. Multiple times… my problem is that it never grabbed me. I had no interest in the characters from the beginning. The story was a little out there for me and overall, just not my kinda jam. so over all, im  not bothered. happy birthday and all but bye bye.

EUUUUUUUUUUUUUUUUGH Breaking Bad is one of the most overrated TV series I have ever had the displeasure of slogging through. Literally everything about it is just so shit. I hate ALL the characters, the narratives are boring as fuck and literally the whole show is trash.

Remind me why people love this show?

Luke’s right. Sorta. Partially. Yeah, Breaking Bad’s overrated, but then a TV show would have to come with free lap dances for life to live up to Breaking Bad’s reputation.

It has it’s flaws- the slow-ass pacing of the first season, some of the characters were a little over the top- especially Jesse through the show’s first half- but no show has ever balanced such brilliant character development with such a compelling villain- I still think that Gustavo Fring is my favourite TV villain of all time, Walt aside- with just the right amount of dark humour. It’s quotable, it’s compelling, and the slow boil meant that when the tension was turned up, it really had an effect.

It’s not perfect, but it’s still a damn masterpiece.