Gaming Club – Our favourite super hero games NOT based on movies!

Obviously Spiderman comes out today exclusive for the PS4, so of course we’re really excited about it and, as a result, we want to talk about it!

So we thought we’d talk about our favourite games NOT based on movies, as there are a fair few and a vast difference.

Let’s get the obvious out of the way first: ‘Batman: Arkham City‘.

A game that needs no introduction; Kevin Conroy’s Batman versus Mark Hamill’s Joker, set in a giant open world version of Gotham infested with criminals, providing the perfect organic sandbox to be the Bat. Swooping down into alleyways to beat up goons, gliding across the city, and investigating the appearance of some of Batman’s worst enemies, including such overlooked gems as Hush, Hugo Strange, Solomon Grundy, and of course Mr. Freeze, in what is still the best boss fight I have ever played.

I believe there’s an Arkham Collection around for PS4 and XBONE: if you haven’t played this gem of a trilogy, now’s the time. 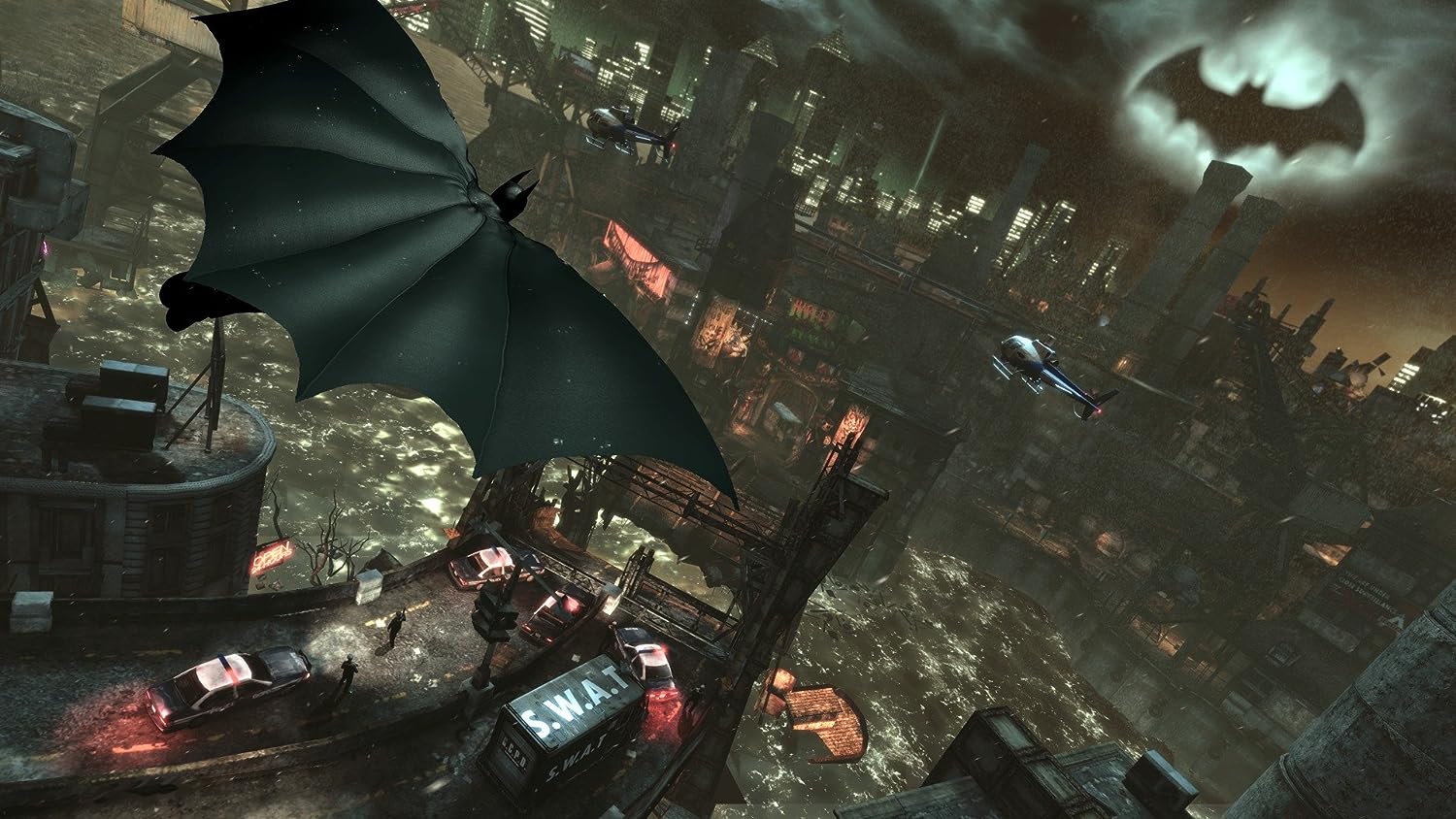 One game that is completely and utterly overlooked is ‘Wolverine Origins‘. Man oh man, this game was the perfect Wolverine game. It had realistic healing graphics, violence, and a comic book storyline. And that’s the thing, despite being named Wolverine Origins it had diddly squat to do with the movie (apart from the character models), especially when it came to the actual story and enemies (it even had a fricking sentinel!) This is a game I’d advise any marvel fan to go back and play if you missed it, it’s not a crock of shit like the sega marvel games.

Secondly, I can’t cover this subject without talking about ‘Marvel Ultimate Alliance’. I challenge you to find a better couch coop- this game had everything for a Marvel fan plus some really solid gameplay, it was my wet dream as a nerd youngling! I’ll also give honorable mentions to the Arkham games and Injustice.

For me on a day like this, I find it impossible not to mention Spider-Man: Shattered Dimensions

This was the Spider-Verse before it was even cool to be spider-verse. Shattered dimensions lets you hop into the shoes of 4 different versions of Spider-Man including Amazing, 2099, Noir and Ultimate. All featuring some stellar voice work from Neil Patrick Harris, Christopher Daniel Barnes, Dan Gilvezan, and Josh Keaton, all previous voices of the web head. This game isn’t as open as the typical spider-man game but it has some pretty fantastic variation on gameplay. Stealth action even comes into play in the really sexy looking Noir missions. The game got some pretty positive reviews back in the day and is a really good shout for any fans of Spider-Man who skipped out on this when it first released!

I can probably count on one hand how many superhero games I’ve played. So I’ve not got an aweful lot to draw from on this club but I guess my favorite is probably lego marvel super heroes! I haven’t played the second one yet, but I love lego games! I like how they don’t take anything seriously and they throw in little jokes and Easter eggs everywhere! I also love any game that allows me to Co – op with my non video game minded family. I like to bring them into my world from time to time! I have fond memories of getting my mum, (my dad is completely oblivious to the game world) to fight bosses or finish levels for me on spyro on the ps1 and lego just allows me to relive those days! Everyone loves the silliness of smashing stuff up and also being able to ay as their favourite character!