Blasphemous and modern Metroidvanias – Why aren’t there more Gothic-Horror games?

As we enter October, the spookiest month of the year, we tend to focus a lot on the macabre and occult… But for me, the highlight of this orange-tinted month is the focus on gothic horror – Skeletons, vampire bats, giant cobwebs, flickering lights and everything from the paranormal to the very real horrors of our world…

…But within gaming, it feels that most horror-inspired titles lean right into that genre – Horror games; long gone is the day where you could pick up something like Psychonauts or Castlevania, and get your horror-tinged fix in a seemingly abnormal genre or series – Platformers are known for somewhat simple, colourful worlds, and are geared more towards kids, hence why Psychonauts makes an appearance here. Yes, it’s still somewhat aimed at children, but its dive into mental health, the abnormal and scary visuals of something like Coraline is unparalleled in the genre. Similarly, kids movies rarely focus on horror, yet The Nightmare Before Christmas is one of many people’s top kids films, despite it’s dank and dark outlook. 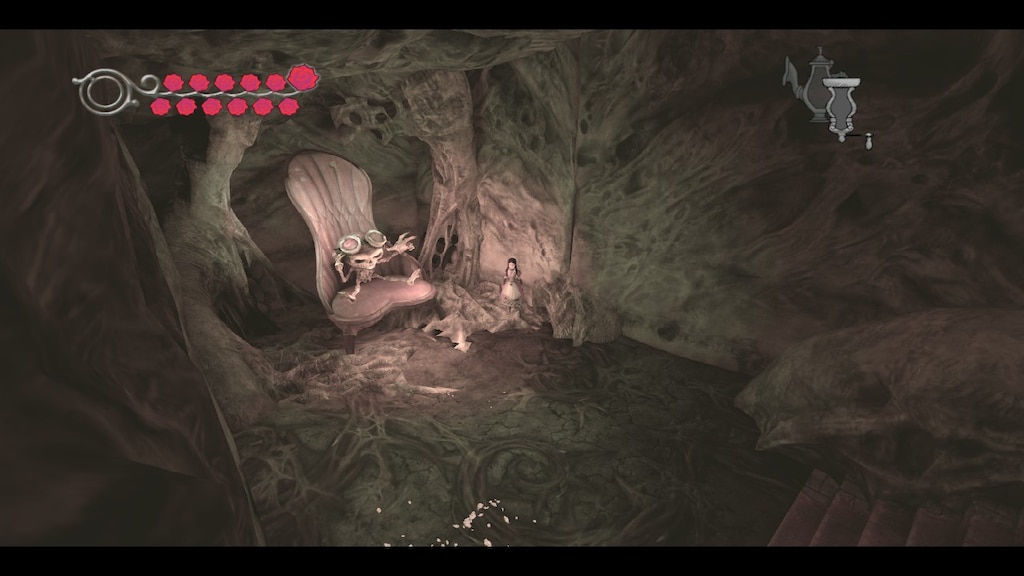 …So why bring up Metroidvanias? Surely a genre comprised of solely gothic and alien themes doesn’t struggle with it’s identity, right..? Well, it’s surprising, but Metroidvania as a genre has leant further and further into fantasy and sci-fi as opposed to honing its roots, with games like Axiom Verge becoming modern incarnations of Metroid, and Owlboy, Shantae, Monster Boy, Timespinner, Hollow Knight and Dust: An Elysian Tail all focusing on the more fantasy-oriented side of things… In terms of gothic imagery, we have but two good-quality indie Metroidvanias that I know of; Bloodstained: Ritual of the Night, and Blasphemous.

Having just come off of my review of Blasphemous, the game leans super heavily into Castlevania’s religious-horror roots, whilst Bloodstained leans more into the later incarnation’s RPG elements and fantasy-horror mix; but this begs the question – If so many people adored the father of Metroidvania – Castlevania – and it’s aesthetic, why aren’t more indie titles in this genre capitalising on it? For me, if a game were to release with a visual style akin to Castlevania: Symphony of the Night, then it would be an instant-sell to me, but for others this may not be the case.

As we progress through each console generation, our tastes change and warp – Recently, I like to call this current phase ‘Pixellated Boredom’; every indie game seems to be in a pixel art style, so it can be extremely saddening to open up a thrilling-looking game and go “Oh. It’s another pixel art game”. I feel this is the main reason why games like Shantae and Hollow Knight have opted more for a handdrawn and vector image-styled visual aesthetic, to stand out from the crowd… But I want my grungy pixels back! Blasphemous certainly has made a decent way to scratching that itch, but it’s not quite there yet – I want banging tracks, stony, bloodied visuals, an air of oppression and a power system to feel like I can go from weak mortal to divine slayer of the demonic… But nothing quite gets me there.

It’s certainly odd, especially considering how other genres are going through similar Renaissance periods, such as how nearly every FPS title is lathered in bright pink and green neon, and with wacky visuals; or how every JRPG still hasn’t escaped the “Protagonist goes to school and goes to a magical world” phase.

It’s odd, because all of those other genres didn’t begin with a unified aesthetic – They were all hodgepodges of various themes, fighting for success… But Metroidvanias? Metroidvanias had that theming in spades. The feeling of oppression; lonliness; despair – Wether that was in a western-European castle or in the furthest, most desolate reaches of space, you felt alone, and you felt scared.

I just don’t get that with modern Metroidvanias, Blasphemous excluding… Perhaps I’m just afraid of change? Or perhaps I’m just a huge Castlevania fanboy..? I don’t know, ultimately; let me know what you think in the comments below!