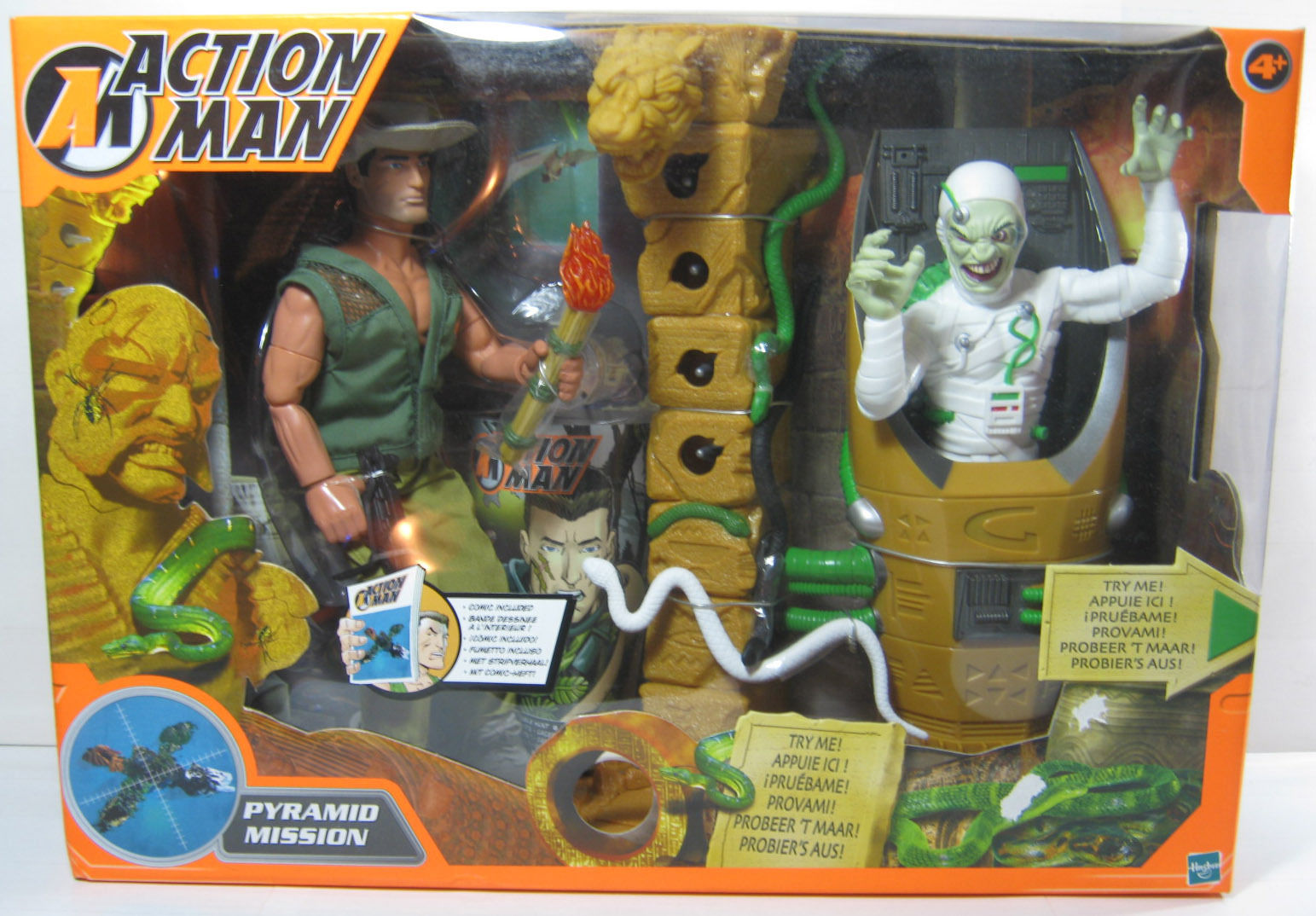 At first I thought to myself ‘toys as a movie? What a stupid cash grab’… I then realised that I actually liked the Lego Movie, Trolls, GI Joe 2 and SOME of Transformers, so maybe they ain’t that bad… So what should be next? How about a Hard R rated Action Man movie?! That would be hecking rad! Imagine him changing clothes every scene and using his various tools and vehicles to kill the enemy. I also think Doctor X could work, especially the one that had an acid arm. Come on Hollywood!

There aren’t many toys from my childhood that haven’t already been abused and turned into sub-par films for me to cry at… Even so, I guess I’d still really like to see a movie based on the one true hero of my childhood… As Javier has already detailed above, a man of action… An action man as it were. Action Man dolls were some of the raddest shit when I was a kid, and I’d always hoped to see some live action movie appearing based on his crazy adventures against the PhD wielding Dr. X. I dunno if he still has enough clout to pull that off, but come on, let’s get an offer over to Henry Cavill! The only man in Hollywood with the chin to pull of this icon from the 90s!

For the same reason that the Lego movies are so successful, I am going to go with Funko. Funko’s Pop! Vinyl line of figures are so popular at the moment, so maybe now would be the best time to strike with a Funko themed movie! Much like Lego, Funko have so many different licences that include the likes of Marvel, DC, Star Wars, Harry Potter, Disney, WWE, Doctor Who and many, many more that they would not have a problem when looking for characters to bring into a big budget film.

The only major roadblock I can think of is these toys are mostly designed to be more like models than fully articulated figures, and don’t have the customisable world that Lego does, but hey, I’m not paid to figure that part out; I’ll leave that to the big time film producers!